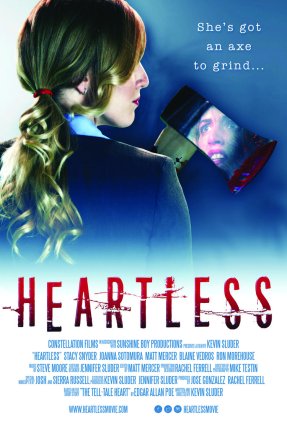 As a unit publicist with experience running public relations campaigns for short films, an actor at a film festival and a horror film moving through a competition, this film presented challenges I hadn’t previously dealt with in my other projects. For my other short films, I’d had the benefit of support through the film event I was working on (see my Crazy 8s case study) or it was a one-off event such as the TIFF strategy for Peter Dacunha or helping Black Land through the Cinecoup competition.

Heartless is my first American-directed and produced short horror film where I didn’t have a film event, competition or team behind me as a jumping off point and a sense of urgency to make the publicity campaign flow easier. Heartless, and by extension, the film’s award-winning production company, Sunshine Boy Productions, also has the distinction of being the first film I’d actively pursued for publicity.

An unintended benefit of this being my first major solo unit publicity campaign, however, was the ease in obtaining film reviews where it had previously been difficult for my other film projects. Not only did the fact that Heartless is a horror film make it much easier to obtain reviews, Kevin & Jennifer Sluder, the film’s director & executive producer (and owners of Sunshine Boy Productions) have also been readily available for interviews as the production company is their primary business, rather than a side venture.

Focusing on local media (newspapers, magazines, blogs), indie film podcasts, blogs and horror review outlets, I updated my media database based on the region the film was screening at on the festival circuit. As a result, I was able to pitch Heartless to countless local media in regions such as Lansing, MI, Durham, NC, Calgary, Alberta and the greater Los Angeles area.

In addition, I was also able to pitch interviews and reviews for Heartless with numerous horror and indie film media outlets worldwide such as Ready, Steady, Cut out of the UK, Rue Morgue Magazine out of Toronto, Canada, Promote Horror out of the US, Dave Bullis’s Indie Film podcast out of the US and Popcorn Horror out of Scotland. 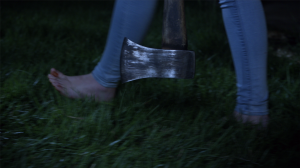 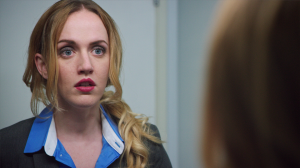